Skip to content
Realme C15 might be the following entrant inside the enterprise’s budget C series of smartphones and might be unveiled on July 28 in Indonesia. The improvement changed into shared via the employer through its social media handles and its Indonesian internet site. 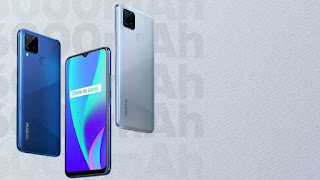 The smartphone boasts of a 6,000mAh battery with assist for 18W charging and springs in coloration alternatives. The Realme C15 may be launched 4 days after the enterprise will unveil the Realme 6i in India that follows the Realme C11 release remaining week.

Realme Indonesia website, fb web page, and Instagram account kingdom that the Realme C15 might be released in Indonesia on July 28 at 1pm neighborhood time (11:30am IST). The phone will go on sale within the country on the identical day beginning 6pm nearby time (4:30pm IST). As of now, Realme has now not shared information about pricing or global availability.

As for the specs, the Realme C15 will come with a 6,000mAh battery with the intention to support 18W speedy charging. Past this, the agency has now not shared any extra details about the smartphone, but, greater teasers can be anticipated within the coming days. 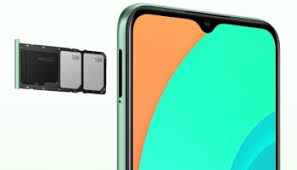 In terms of layout, the Realme Indonesia internet site shows the telephone in coloration options, blue and grey. It comes with a small notch for the selfie digital camera and has four cameras at the again. The bezels are incredibly narrow on the edges with a thicker chin.

There’s also a fingerprint scanner on the lower back of the Realme C15. The power and volume buttons are placed on the right facet of the smartphone and it appears to have a 3.5mm headphone jack at the lowest.

The Realme C15 follows the Realme C11 that become released last week in India. The Realme C11 is priced at Rs. 7,499 for the only 2GB RAM and 32GB storage model and will cross on sale from the next day, July 22. Additionally, Realme has any other launch deliberate for July 24 in India wherein it will unveil the Realme 6i. The smartphone became at the beginning announced in Myanmar back in March.