Skip to content
Amazon has decided to delay the Prime Day sales in the U.S. It confirmed the latest development in a statement given to TechCrunch. Separately, the company confirmed it will be hosting a Prime Day in India next month, from August 6 through August 7. It would be the first time that Prime Day won’t be occurring on the same day for all participating markets. 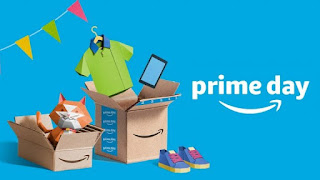 In a statement sent to TechCrunch, an Amazon spokesperson said:
“Over the last five years, Prime Day has become a special celebration and time for Prime members to shop incredible deals for themselves and for friends and family – and it’s something we look forward to every year.

Not sure if this prime day offer is available in Nigeria, Ghana, South Africa, Kenya and some other countries but according to Amazing, They said this year we’ll be holding Prime Day later than usual, while ensuring the safety of our employees and supporting our customers and selling partners.”

Amazon has been expanding Prime Day outside the U.S. In 2019, the sales event was opened for the United Arab Emirates, which then joined other markets, including the U.S., U.K., Spain, Singapore, Netherlands, Mexico, Luxembourg, Japan, Italy, India, Germany, France, China, Canada, Belgium, Austria, and Australia.